Kate and Pete were married in January this year and approached us with an amazing idea to transform Arrowtown Hall into an enchanted, candlelit garden and we were happy to take on the task! We are so proud to share these photos of the work Al did in the hall…hanging drapes and festoon lights from the ceiling and glass orbs behind the head table. Kate was kind enough to write us a detailed review to share as well: Thanks to Ruth from Fluid Photo for the photos and Gypsy from The Vase for the florals/greenery. 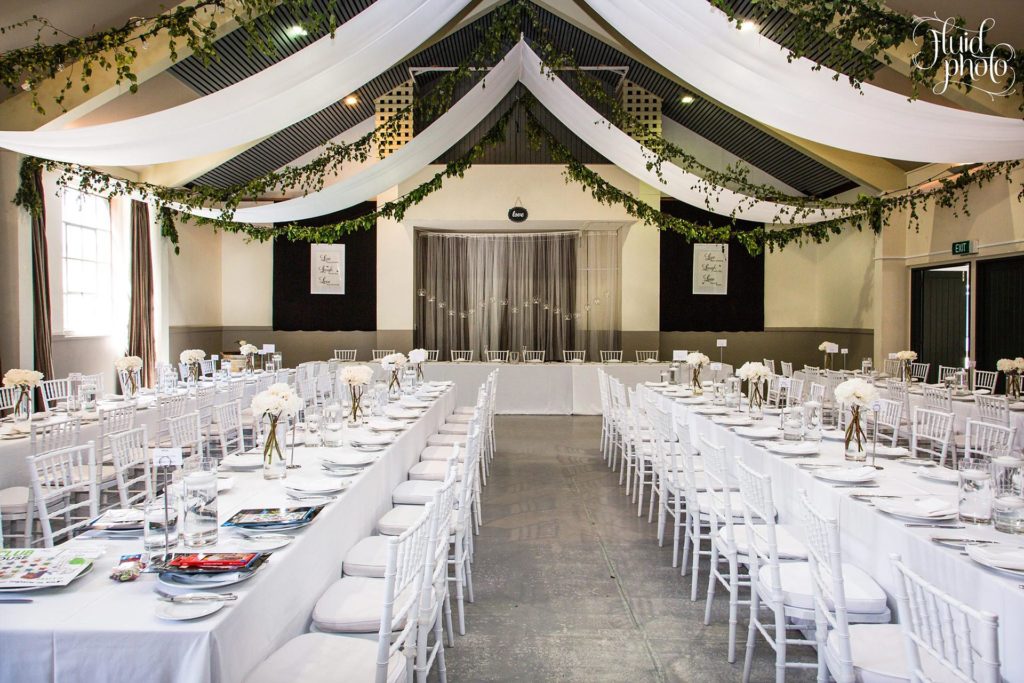 In particular, I would want to thank and give accolades to Al. He was fantastic from go to woah. The hall would not have been able to be transformed to the degree it was without him. I had grand ideas – I mean grand – for the massive plain space and as you can tell from the photos, we got there in the end! Al worked tirelessly to make this happen and really helped me in the setting up Bridezilla moments, when little bits and pieces needed done. We had a “garland gate” moment or two where I had a team working with fresh greenery to make the garlands and Al completely went with me on getting these hung to complete the candle lit garden light theme I was after. The draping was beautiful and he really did a spectacular job despite time pressures and a grand plan from me. He worked very well with all my other suppliers and went the extra mile in the end by noticing an ugly green exit sign above the orbs behind the bridal table and coming up with a super last minute signage save there (he will know what I’m talking about)! I loved the draping, the orbs, the entrance – all of it. We had locals and tourists alike peeping their heads in the day before and on the day to site the finished product. Many local guests commented they had never seen the hall set up like it over decades of attending there, and it really was a complete and entire transformation with every one “buying in” to the final look and theme. At night, the lighting looked spectacular and so serene. From the start I felt like Al was a friend rather than a vendor and was completely comfortable running around like a mad woman with friends and bridesmaids – with occasional token input from the groom!! – while Al toiled away in the background. 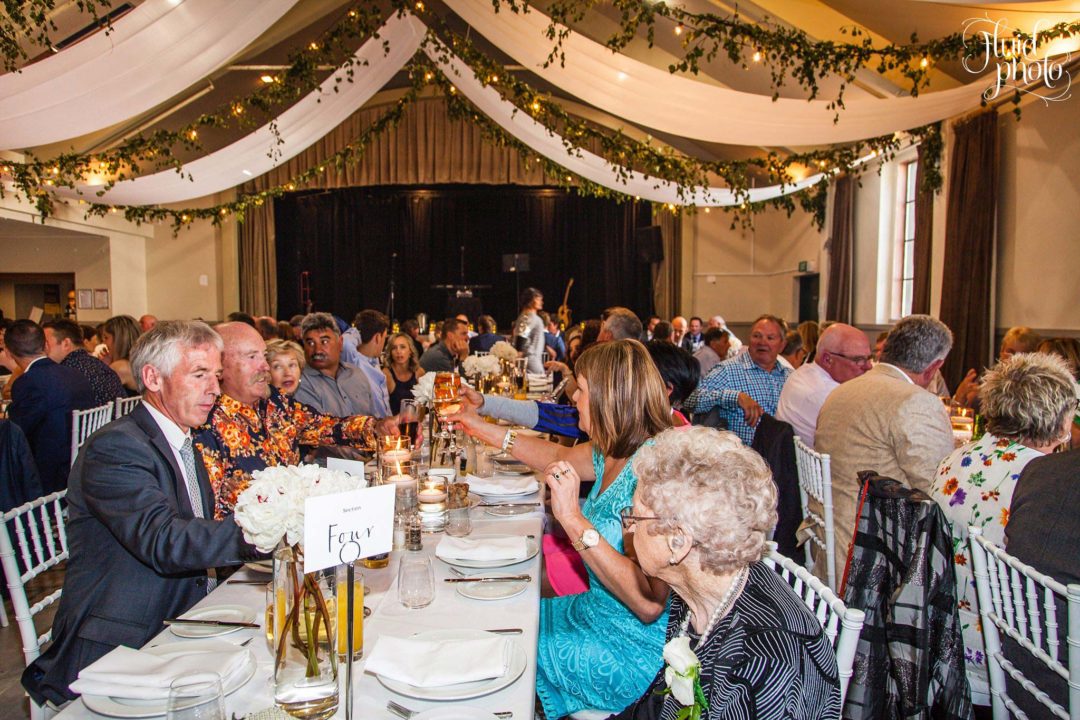 I know I asked a lot of QWH/Al, and was so impressed with him, I invited him to our day after drinks, as by then all of my set up crew, bridesmaids and other vendors had certainly developed a friendship! Our wedding took place over three seperate venues of three different styles (Stoneridge, the hall and Wharenui Estate) over 2-3 days but the common theme was the greenery and landscape and Al, working with Gypsy my florist – made that theme consistent and a reality as of course the hall was the biggest, plainest most challenging space to tackle, as in no way did I want it to actually look like a “hall”!! No small ask! “Al Dog/Big Al/Al” – you are a legend and we are super grateful to have come across you personally and Queenstown Wedding Hire in our planning and set up, and are really grateful for the extra mile you went in making it all happen for us. The photography speaks for itself as to what was achieved. – Kate & Pete
← Bruna & Thiago's Garden Wedding Casey & Aaron's Perfect Autumnal Wedding →